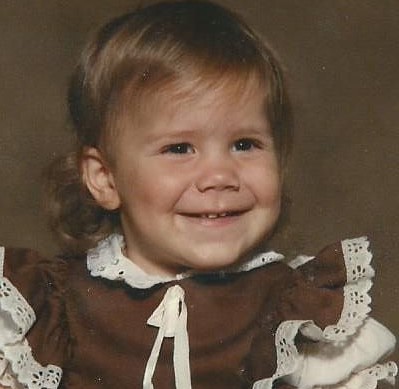 First of all, 1 trillion points to you if you understoodÂ the numbers in the title. If that’s you, you’re the best. You win.

Anyways, I started this website almost 2 weeks ago, and let me tell you guys, it’s been crazy. For starters, I have really no idea what I’m doing. I generally just start typing things and hope that I don’t push the wrong button and delete the entire internet. On the flip side, it’s been so much fun recording my thoughts, ideas, and dreams to share with you guys. It’s humbling, for realzies.

The other day I was looking at the analytics of WithLeah (I really only said that because I feel so smart when I say analytics) and I noticed that I have readers in Tanzania, Algeria, Colombia, The Netherlands, Singapore, New Zealand, Egypt…um WUT. In that moment, it hit me.

It has happened.Â I’m an international phenomenon.

Because my fame has been so sudden and I don’t have my own wiki entry yet, I thought about the fact that some of you guys don’t actually know me. You know me on paper and you know my recorded thoughts, but you might now know what makes me be me.

So, I decided to set out to tell you guys about myself. If you hate me and don’t want to know anything about me, you can stop reading right here. Â But if you hate me, you might get some really good make-fun-of-Leah material from this. Also, if you hate me, why are you on my website? #haters

So haters and lovers alike, enjoy.

The Cloud: I know that there is this cloud that’s not a real cloud and that my pictures and texts and music go there. I know that I pay 99 cents a month to Apple for extra “cloud space” so I can store all of my stuff. But I don’t know what it actually is. Is it a cumulous cloud? How do I access it? How do I put things on it? How do I take things off of it? To sum up, how.

Omega-3’s: This is what I know about Omega 3’s: they’re good for you. That’s it. That’s all I know. So I go around buying things that say “with Omega-3” on it and eat those things. My eggs have omega-3. My butter has omega-3. My workout leggings have omega-3. But as far as I’m concerned, Omega-3 is a Christian R&B group from the mid-90’s that’s making a comeback. Which coincidentally enough goes great with eggs.

Facts That are Potentially Embarrassing:

I own a Harry Potter Wand.Â I received this wand as a gift from my sister when she went to London. I was pumped. My mom hates Harry Potter and anything that has magic in it (We weren’t allowed to watch the Smurfs. I know…), so sometimes I take the wand out do spells around her, just toÂ irritate her. Â (Accio dark chocolate!) It works…not the spells, but her getting irritated. Also, I have the Marauder’s Map. This is potentially more embarrassing but, if you’re an HP fan,Â you are seething with jealousy right now. Additionally, I own the boxed DVD set (which I stole from my BFF), a Gryffindor winter scarf, and all of the books. Are you peanut butter and jealous? Prob.

I sleep with a pregnancy pillow, thunderstorm noise machine, and a bite guard.Â So yeah, I’m super sexyÂ while in bed. (P.S. please do not consider this an announcement that I’m pregnant. Immaculate conception only happened once, and I doubt that God would choose me for it.)

I once dumped a guy because his fingers were too thin.Â In his defense, he was a really great guy. Super sweet, incredibly attentive. In my defense, I was in high school. Â Plus, that wasn’t the reason that I gave him for ending things. I just couldn’t bring myself to hold his hand, and when he touched my face, I felt like I was in the cast of The Nightmare Before Christmas. I couldn’t do it. So I ended it. (If you’re a guy reading this, stop looking at your fingers. I was 16.)

I once drew a very…um…questionable cartoon picture of a girl, put it in her locker, and waited for her to find it and read it.Â I’ve been told that I was a snob in high school. I can’t imagine why anyone would think that… The story isÂ that this girl was sneaking around with my BFF’s boyfriend and I had just about had enough. So instead of being rational, I just decided to be 12. The cartoon depicted my interpretation about what I thought her after curricular activities were. After graduation, I wrote her a letter (a letter is aÂ group of words written together when placing a pen or pencil in your hand and pressing it in letter-shaped motions on a piece of paper, for my younger readers) saying that I was dumb and apologizing. She accepted because, well, she wasn’t 12.

I was at the epicenter of a major argument with 3 of my best friends about what responsibilities we would have if we lived on a farm. This was a real thing. I can’t give you all of the details about “the farm” because not everyone will be invited, and we can’t let people know in the case that a cult or gang or white supremacy group might try to take over said farm. (It’s complicated). But I will say that we were screaming at each other in the car, and I think at one point one of us threatened to “take the farm and leave.”Â It ended with us all yelling so loudly at the same time while stuck at a red light that the person in the car next to us mouthed “Are you okay?”Â No, we’re not. Why? Because Mike is a dictator, that’s why. To this day, we’ve never really worked out the details of the farm, but it’s common knowledge thatÂ we’ll all live there one day.

I had an all-out, throw-down fight with my college roommate and we still don’t know what it was about.Â When I say throw-down fight, I mean it. Doors were slammed. Pots (and pans) were thrown. (Not to be confused with pot. We would have never thrown that). Â And I think somebody was grabbed by the neck at one point. It was intense. I still cannot tell you why we were fighting. To add to the drama of it all, there was an intense thunderstorm that night that kept flickering the lights on and off. I felt like I was in an episode of Keeping up with the Kardashians, which wasn’t even a thing yet. Gosh, we were so hipster and ahead of our time.

I broke things off with a guy a few months back because he referred to me as “bae” to his cousin. (Kind of kidding, but not really)

When I’m cooking at home, I act like I’m a professional chef and bark out orders (to nobody) in a British accent.

I was cursed by a Jamaican woman in Salem, Massachusettes after I didn’t give her $2.

I almost died in a rafting suntan incident on the Saint Clair River and had to swim to shore, ultimately crashing someone’s BBQ.

I wasn’t kissed for the first time until I was 20 years old.

In college, I text a friend, adamantly stating how badly I wanted to make out with my best guy friend, but I accidentally sent it to him instead.

Sometimes I ask my dogÂ for advice and wait for her to answer.

There you have it…lots about me. So now, when reading my posts, you can know that beneath all of my rational advice and under-control persona lies a very, very dorky girl. 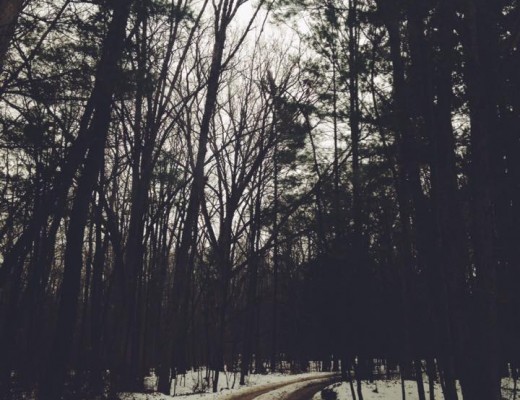 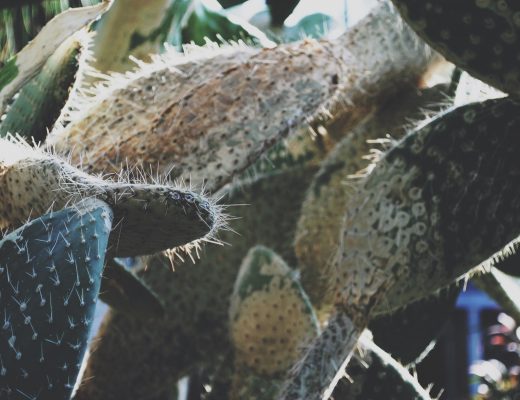 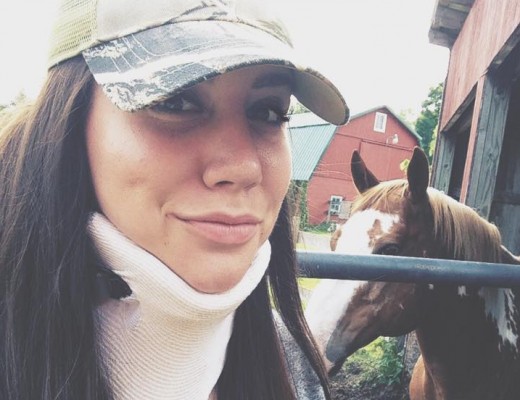