Turn the Other Buttcheek 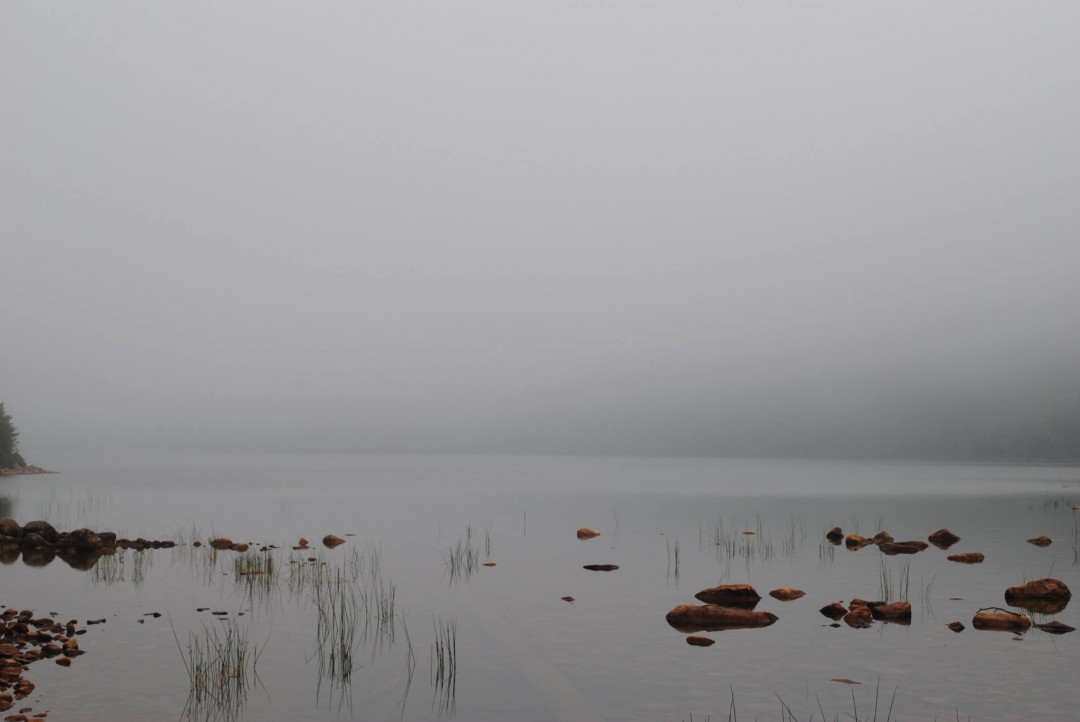 A few years back I found myself in an incredibly dramatic situation with a woman. The entire thing revolved around aÂ guy that she had randomly told me that she kind of liked, and how I had then maliciously and purposely thrown myself at him with the underlying motive to make sure she didn’t get him.

Guys, I’m too lazy to even match my socks. I legit have a bag of socks stuffed under my bed. Does this masterful plan of deceit and boy-stealing sound like something I would do? God, no.

The situation was R I D I C U L O U S. There is no other way to categorize it. There were plots- literal plots- to make me look bad or make me feel stupid. For the record, nobody makes me feel stupid except for me. That’s just science. I don’t need anyone else’s assistance with that, as I am quite capable of it on my own, thankyouverymuch. Second of all, the sheer time and effort that went into this was just outstanding. I was honestly impressed. I remember an instance where she had stalked my twitter, found a tweet from 7 months previous where I mentioned something about how women over the age of 25 shouldn’t wear Victoria Secret Pink clothing (another blog for another time) and staged an entire conversation in front of me talking about how much she loved that brand. I wasn’t sure what the end game was on this one, but bravo for the extensive research.

On the outside, I was calm and collected. I always said hello to her, tried to engage her in conversation, and smiled at her when eye contact was made. I told myself that I wasn’t going to be a part of it. If she wanted to spend her time hating me, I wasn’t going to give her anyÂ material.

But when I got home, or got in my car, or went to the bathroom to cry, the comebacks came. Oh man, the comebacks came in full force. I felt like I could have taken on the world with these comebacks. If these comebacks were a country, they would have been North Korea. I felt powerful and a little bit deranged, but mostly powerful. I was drunken with power. They ranged anywhere from outright and brutal to sneaky and undercutting.

I would have entire conversations in my car, replaying the various scenarios out loud, but instead of being well-behaved and proper, I would insert my comebacks.Â I wish you guys could have heard the way the imaginary crowd howled when I explained to her why she shouldn’t wear anything from Victoria Secret, ever. It was so great. I’ll never forget that.

I mean, homegirl was pissed, that much was clear. She told me that she liked a guy, and then I dated him. If we’re being honest, I would be pissed, too. And, hey, to a point, I even get it. But the lengths that she went to, the lies that she told about me, the times she set me up to fail, would SURELY justify me firing back with a comeback from the stockpile of absolute bombs that I had been saving, right? Maybe. But I didn’t.

Well, part of it is that I recognized that I wasn’t 12 years old. I didn’t feel like contributing to the drama and making this a public, drawn out competition to see who could beÂ more ridiculous.Â Like I said, I’m very capable of making myself look ridiculous without anyone’s help.

But the main reason is that deep down, I guess I knew that she was hurt. Under all of the pettiness and all of the school-girl attitudes, I had hurt her feelings. Whether or not I thought that she was justified in her anger, she was, in fact, hurt. And I had been the one to do that.

Are we responsible for every single person that has their feelings hurt by us? Nah, I don’t think so. Some of you guys are preposterously sensitive, and that’s a personal issue that you need to deal with. Get a grip, for god’s sake. But on the other hand, if I know that I have done something to hurt somebody- I mean truly hurt somebody- whether or not I find if laughable or serious, do I have a responsibility to make it right? I’d say yeah, IÂ do.

Many, many, many attempts were made to right this wrong. She didn’t want it righted- she wanted to be angry. At that point, there was nothing else that I could do except continue to be kind. And if I didn’t feel the energy to be kind, I was just nothing at all.

Sometimes, taking on theÂ nothing-at-allÂ approach makes you want to rip your brains out through your nostrils. It’s excruciating. And worse than excruciating, it’s annoying. There’s nothing glamorous about sitting and letting people be obnoxious or rude or wrong. I would almost rather speak up and look like a total douchebag than sit there and say nothing. But, I sat. Could I have stopped it? Yeah, I could have. But, I didn’t.

The bible talks about turning the other cheek, my least favorite thing to do. Because I’m a 15-year-oldÂ at heart, IÂ like to refer to it as turning the other buttcheek. It just sounds fun and a little more sexy. I remember hearing this passage in Sunday school as a fiery, little Armenian girl, and thinking, “Turn the other cheek? Nah, bro.” I didn’t get it,Â and I had zero interest in letting anyone get away with bad behavior. (I was a rules follower as a kid. Now….ehhh….)

But, I also remember learning about when Jesus was accused of tons of shi…stuff and how he just sat there and let his accusers say all kinds of nasty things about him. I don’t know why he didn’t speak up. He could have turned them all into wine (my favorite bible story because wine) at the snap of a finger and he and his disciples could have had a jolly old dinner party. But instead, he sat there.

Maybe it was because he knew what had to happen, so thoughtÂ why fight it? Maybe because he knew that they were all pretttty pissed off and didn’t feel like calling down a host of angels to lay the smack down. (Even Jesus had his lazy days). Or maybe, just maybe, Jesus recognized that he didn’t always have to be right.

We have this sick need to be right all the time. It has fueled our lives, and for some of us, ruined them. We get in arguments on Facebook and Twitter and get in texting wars with friends. We google facts and burn bridges and literally dismantle relationships, pushing each other to the mental limit, all for one reason: to be right.

Jesus tell us 11 times in the new testament alone to “love one another”. Never does he say, “Make sure you’re always right. That’s what’s most important.” Nowhere will we find instructions on how to argue correctly and efficiently and to shut down our accusers. Nowhere will we find teaching on how to tear down people who don’t think or act like us. It’s not there, guys.

And in the church, we have alienatedÂ entire groups of people by “righting” them right out of the church doors.

We want to tell them so assuredly why they’re wrong that we forget to love them. We need to show them where in the scripture it says that they are living life badly that we forget to show them the scriptures where Jesus says, “Come to me,” or, “I love you.” We have this need to make sure that our churches and kid’s friends and our small groups and book clubs are full of people who act, think, and look exactly like us, lest somebody corrupt our minds.

If we think like that, aren’t we already corrupt?Â We think that pointing out the mistakes of others while putting them on display will ultimately cause them to change. We shame them into what we think is a better choice for them. We define that shame as encouragement. The truth?

We encourage people to never change into a better version of themselves by never showing them how. In fact, we show them the exact way to never change, ever: by constantly having to be right.Â

To this day, I’ve never addressed this girl on how she treated me. I have never chastised her or said all of the comebacks that I could say to make her feel guilty or even sorry. Don’t get me wrong, I’ve wanted to. Even right now I’m feeling a little fired up and have written down 3 more comebacks. But in the end, it didn’t seem worthwhile to what I was trying to accomplish, and more importantly, who I was trying to be.

I got rid of the need to be right and just tried to not be wrong.

If we, collectively, could focus on not being wrong, instead of being right, what kind of world would this be?

If we, as a Christian culture, could choose to love without stipulation, and just love, period, what kind of church would we be?

If we, as individuals, could choose to be gracious instead of being right, what would our lives look like?

You know what I think they would look like? Right. 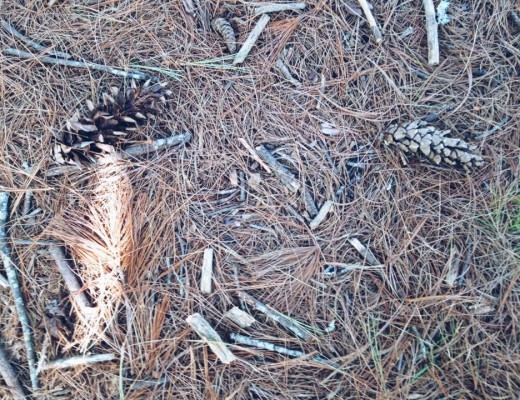 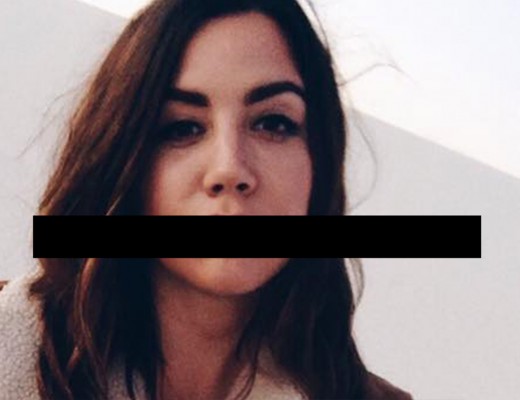 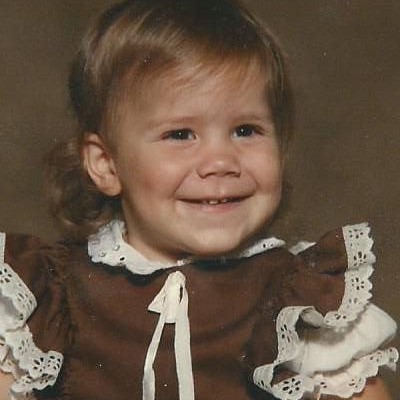